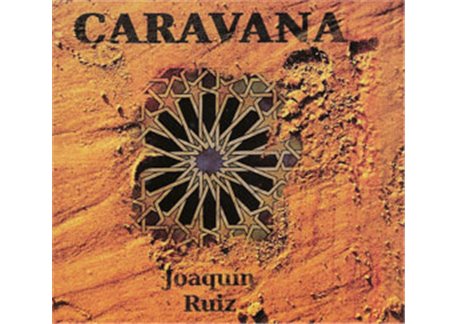 The musical group Caravana is born from the Flamenco Company that I have directed since 1994, Since the beginnings of this Flamenco Company, the idea was to find our own original style, not only in the choreography but also in the music. . The privilege of having live musicians facilitated the creation of custom-made pieces for each choreography. The idea was to create grass roots music that the people would relate to, an alive and sincere work, with a very direct influence of the many Spanish popular traditions inspired in the Mediterranean cradle. The diverse cultures that during centuries populated the Iberian peninsula: from the Greeks, Roman, Arab, Jewish and Gypsies, to the direct influence of the exchanges from the other side of the Atlantic between Spain and America, called Ida y Vuelta (Coming and going) offered us an interminable cultural legacy. We decided to approach instruments such as the Greek bouzuki, the Arabic Lute or the accordion and fuse them with the voice and flamenco guitar in an integral way. All of this trying to respect the most traditional flamenco and the popular music but without enclosing us in a conservatism without perspectives, but seeking a form of natural evolution. The result is this CD that breaks from indigenous roots and characteristics, creating a universal language and spirit. Joaquin Ruiz