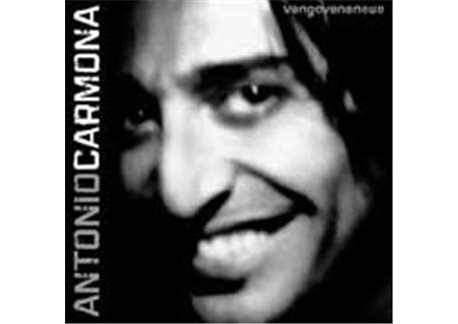 After spending over 20 years as the leader of the band Ketama, and having sold over 1,000,000 records, Antonio Carmona now presents his first solo record. "Vengo Venenoso" includes tracks in which he is featured alongside the likes of Juanes, La Mala Rodríguez and other well-known artists. The producer that was chosen for this project is Gustavo Santaolalla, winner of an Oscar and a Golden Globe for the soundtrack of the film "Brokeback Mountain" and the producer of Juanes, Molotov and Café Tacuba