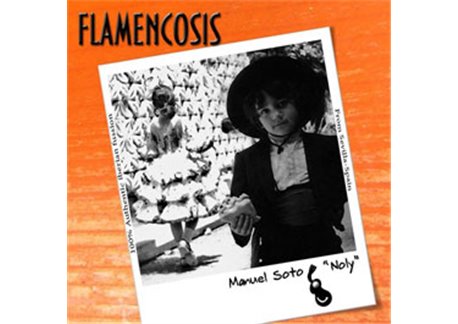 Manuel Soto "Noly" was born in Seville, the capital region of Andalusia, the heart of flamenco music and a stream with a particular label and marked root in the earth art. Flamingo also influenced by other styles showing through his first solo work he has called "Flamencosis"to this project full of nuances in his music, dancing in the tangent of the orthodox and the merger of the century. The album "Flamencosis"is engraved in the heart of Seville, also includes ten songs recorded almost entirely by fellow musicians "Mártires of the Compas" now "pinch. " Including from Bulerías, Tanguillos, Rumba, seguiriyas, Solea walks and several variations exquisitely adapted to flamenco, nearly forty minutes of music, encircling the flamenco respecting their bases, intense and full of nuances.