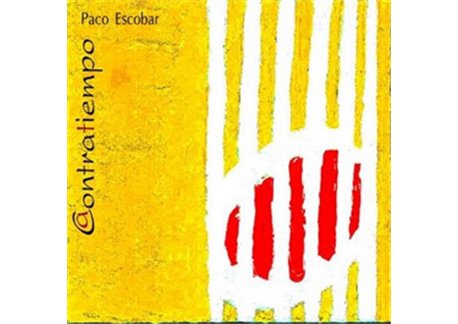 A contra-tiempo: A musical or «sensitive» Poetics

The work A contra-tiempo is, as the very own Calambur says, the image of a musical Poetics from the meta-speech and the aesthetic commitment. Under this porch it is conceived, born from a life and artistic experience like a musician. It is like a harmonic-metric suite (andalusian suite) than encloses different spaces, out if time sentences and an exercise of poliphonic counterpoint in a constant colourful harmony (it could be called a ?chromatic suite?). About its first intention, it is like a inner aesthetic thought, a Poetics, that shows different views in the proccess of the work; that is to say, from the first seed born from the life experience to its organic structure. In fact, its genesis is in a progressive and theorical reflection in the course of Doctor in the University of Seville The musical complexity in the Flamenco: harmonic and rythmics structures that I teach as a researcher-teacher and that is moved to the creative praxis for the composer. Under this will there are a aesthetic sensibility that is permeable to the different artistic views (a big part of them inspired in our andalusian culture) and its communication proccess, as Literature (let us remember García Lorca), Cinema (Angelopoulos or Oliveira?s narrative morosity pointing at periods as the ?soleá por bulerías?) or other arts (Picasso?s picture about a guitarman and the story of Bajañí). The subtle link between Flamenco and comunication in the Aesthetics necessarily includes a respect for the canon tradition, but adapted to the modern times, although with diffused bits of a postmodern Flamenco in the begin of 20th Century. It is proposed a work with a essencial Flamenco spirit. There are echoes from Ramón Montoya, Javier Molina or Juan Díaz to the world music with its ancestral rythms and etno-musical features; in this way there is a union between two cultural spaces, Seville and Buenos Aires: the Flamenco flavour in the ?rumba? Momentos, and the far evocating memory of the Astor Piazzolla?s spirit.
Far from presenting this hall like and artistic manifesto of a new sensibility ?and this is a very guitarristic work, with choreographic passages? the aim is a conscious hybridation between tradition and avantgarde headed by the creativity from harmonic-metric parametres of the musical forms (at some case it is ageneric in Paisaje cromático and palabras). By this reason, it is taken the percusion note, suggested from the first rythms, as the ?tangos? A contratiempo o the ?soleá por bulerías? Altozano, in order to emphasize the personal contribution of the out of time pieces, syncopations, silences or expresive desviations, speciallyl the rubatos. As contrast it is underlined cuttings or closings of dancing with guitar because of, at a certain point, this work shows the three essential dimensions of a instrument: the soloist sound with its essential sides for the accompaniment for singing and dancing and that take point in their born. Pointing at this opening in the integral horizon of expectations its an alternative dimension pushed by the artistic-discursive interaction regarding with other frames of culture and communication. As a result, this andalusian or chromatic suite joins, several musical spaces by virtue of a continuous call to the senses ?seeing in Paisaje cromático and Vuelo de golondrinas, or tasting in Sabor a canela? by mean of the guitar melody as a evocation or annamnesis. It is choosen, between others ?sensitive? resourses a play of liquids sonorities in using a inner rythm in order to make the sensation of Autum in Seville or another one of sound narrations ?as the ritual about the Our Lady of Rocío?s chapel? including the colours (Paisaje cromático and Palabras) like Kieslowski in the cinema or the impresionistic pictoric-musical chromatism in Debussy. This last one is a resourse that is underlined in the guitar scordatturas with a new afination for the ?rondeña? Bajañí, different from the Montoya?s one, that is used in the tangos A contratiempo.
The sucesion of colours consecuently shows the different phases and musical spaces that form the work. It the reflection about ?the work inside the work? as a total or united work ?not only at a guitar level? in a second level reading in a way of mise en abyme. For this the proposed itinerary is organized , in its inner diataxis, in four phases. The first one, Soñar, gives body and point to the born of the musical sentence about the very act of ?dreaming? and ?imagining?, as life and emotional experiences (in the choreographic rumba Momentos). It is here where thinking is like a ?sound seeing? in a continuous musical abstraction. The second one, Rito, is basically a iniciation or ritual ceremony (The Huelva ?Fandangos? Junto a la ermita or the bulería Bajañí). All this is born from the ?sound seeing? (the picture of the chapel in Rocío and the perfum of the marshlands) searching of a reflexive and evocating attitude (empowered by the pealing as begining of the cultural attitude or the rite). The third one is Metamorfosis; during the making proccess several versions of these musical periods are shown, sometimes like a ritornello (?tanguillos? Nostalgia) or dialoguistic relation between the guitar and the corneto in Vuelo de golondrinas. The four and last one, Inspiration, evidences the compositive and artistic fullfillment, by mean of a continuous metaphore in the ?bulería? Sabor a canela (and this is emphatized in the lyrics). And finally we enter the author?s uncertainty, his fear about th work remains in fieri, unfinished, in progress, but at the same time orientated inexorably towards the threshold of mistery that implies ispiration. Finished this iniciatic travel throughtout the four phases, considerated musical Poetics and compositive rite, the summing is that this work is based ?as a musical proposal? on the personal and professional commitment and on the aesthetic attitude. In conclusion, it is the very pictoric-musical reflect of our culture, with its features of identity and at the same time covered with an universal value for any world citizen that wants to share my music.