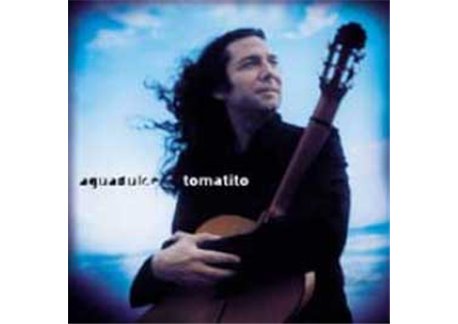 
TOMATITO, by vicissitudes of fate, spent his formative years alongside the flamenco Prophet of recent times. Whether playing Tarantas or Tangos, he accompanied a genius in whose presence he was to find lifelong inspiration. Destiny thus decreed that he should mature as a musician in the company of the guru from San Fernando whose message still rings out in slums and suburbs, cottages and castles.

Clearly chosen to follow the guiding light of the legend that Camarón de la Isla has become, ?Tomate? has since inspired and influenced a whole new generation of young aspiring performers. It is perhaps this element, a kind of divine imprint, which illuminates all of his work and allows him to continue sharing his musical magic using no other device but six strings.

After the demise of Camarón, Tomatito has become a soloist of major significance within the realm of the flamenco guitar. His personal approach to both the festive and traditional formats in flamenco highlight his unique sensitivity and interpretative power. For more than a decade, he has combined loyalty to his racial heritage with an unusual ability to cross ideological barriers. He has renounced imposed cultural restrictions, as well as supposed personal limitations, to enrich his work with harmonic and rhythmic references acquired as a result of embracing Latin Jazz, Rock, Blues, Bossa Nova and other profound resources gleaned from the global musical spectrum.

The collaborators Tomatito surrounds himself with during the creation of Aguadulce are cohabitants of the same cosmic plane on which his own raison d?etre resides. His here and now, his id, is and always will be flamenco. With this in mind, his intention is not only to alleviate the abstinence syndrome he suffers every minute he spends without his guitar in his hands, but also to simultaneously offer all admirers of the genuine in any art-form, a momentary astral journey to the home of authentic duende.