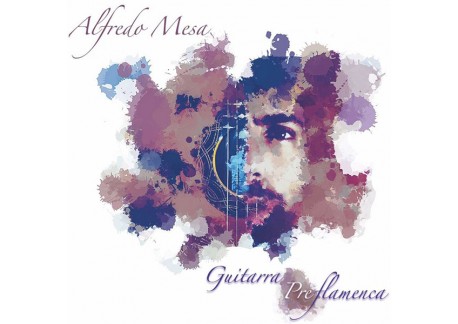 Trinidad Huertas, Julian Arcas… They were masters of classic guitar in the nineteenth century. In our days a lot of transcriptions of their works have come to us, that reflect their interest in the music of the Andalusian people.
​
Master Patiño, Paquirri el Guanté… They were great Flamenco guitarists, who may have left a valuable legacy, but unlike the previous ones who were contemporaries, we do not know their music due to the fact that written or sound documents are missing.
​
An important musical lack. However, we can imagine how they could play with what we know about previous and posterior guitarists.
​
Immediately after appeared Raymond Montoya, Manolo de Huelva… among other players, who have been fed of that music and savoir faire, transmitted orally by their predecessors.
​
They met in almost clandestine meetings, a must for all who wanted to learn and to grow artistically.

Guitarra Preflamenca is a vision and a very personal interpretation of what that sound could have been. I selected the tracks thinking about how the sound of the first flamenco guitarists could have been, by adopting the most classic line obtained from written documentation.
​
Especially to highlight are the tones and composition ideas, such as the Andalusian Cadence and the Flamenco mode, taken out from the popular music at that time are present in this work.
​
This is a tribute to the first musicians that have sprouted the flamenco guitar, essential parts to make possible that what later on it was called "Flamenco".