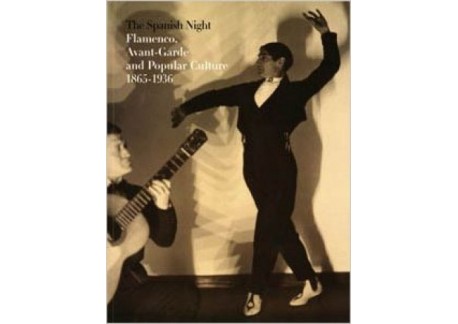 Both flamenco, conceived as modern popular culture, and the artistic avant-garde arise during the late nineteenth century. The aim of this exhibition is to review for the first time the position of flamenco within the frame of visual culture, especially its relationship of mutual influence with avant-garde art and modernity.

The chronological order of opening and closing the exhibition (1865-1936) has been determined according to two significant dates. The first, 1865, is the year Manet travels to Spain to see the paintings of his Spanish masters up close, and the time in which the singer Silverio Franconetti returns to Seville, where he lays the basis of what will soon be flamenco singing. Also during this year the railway line linking Andalusia with Madrid and Paris is finished, which facilitates the diffusion of Andalusian culture, and extends movements that announce the First Republic. At that time dancers are self-taught and their workplaces are parties or live music cafes. In 1936 the Spanish Civil War breaks out and the dancer Antonia Mercé “La Argentina” dies. At this time dark images begin to appear, moving towards the grotesque and the macabre, among them the skeletons of Ragel or Masson. In parallel, the dancers evolved; some have classical training and begin to perform in large theatres and cinemas.

This exhibition covers all artistic manifestations and items related to flamenco. For it, about four hundred and fifty pieces have been collected having been produced by one hundred and fifty authors; works including paintings, sculptures, photographs, decorative and figurine drawings -as well as original costumes- for dance and theatre, films, publications and documents. The wide range reflects how the Spanish imagination is shown in both popular artistic expression, as well as in the avant-garde experiments on concepts of representation and identity. The exhibition follows a chronological order and is divided into three thematic sections: 1900. La España Negra (1900. Black Spain); Los años diez. Cubismo y Ballets rusos y La República. (1910-1919. Cubism and Russian Ballets and the Republic); La España y la Españolada (Spain and La Españolada).

The pieces exhibited in this large collection, some of them unpublished, are from numerous private collections and Spanish and foreign museums, such as the Sorolla Museum, the Museum of Fine Arts in Bilbao, the Artium or the Centre Georges Pompidou, the Musee D'Orsay, the Metropolitan Museum or the MOMA in New York.